Back to all posts

I am in my second day of a four-day drive to E. Lansing. I left LA late Tuesday, about 12 hours later than I wanted, because my Monday prep day got consumed by a major session for a major film. I got as far as Vegas and parked myself in a Walmart parking lot near the airport. Yesterday I hoped to get to Arvada CO, but weather and road conditions got in the way.

Interstate 70 was closed in two places, at Exit 87 outside Rifle, and between Exit 116 and 137 at Glenwood Springs. And there was no parallel side route to get me where I needed to go. The detour sent me over 100 miles north, to Steamboat Springs, where I grabbed a hotel.  As effective and cost-free as Walmart lots are, I needed a shower and a desk space to get a little work done.

The result is, I'm bypassing Denver altogether, and will route over I-80, through Laramie and Cheyenne WY for the very first time.  Destination, Des Moines, hopefully. If I deadhead. It's 12 hours, so we shall see.

In the meantime, enjoy this pic from the San Rafael Reef, while I was still in Utah yesterday. 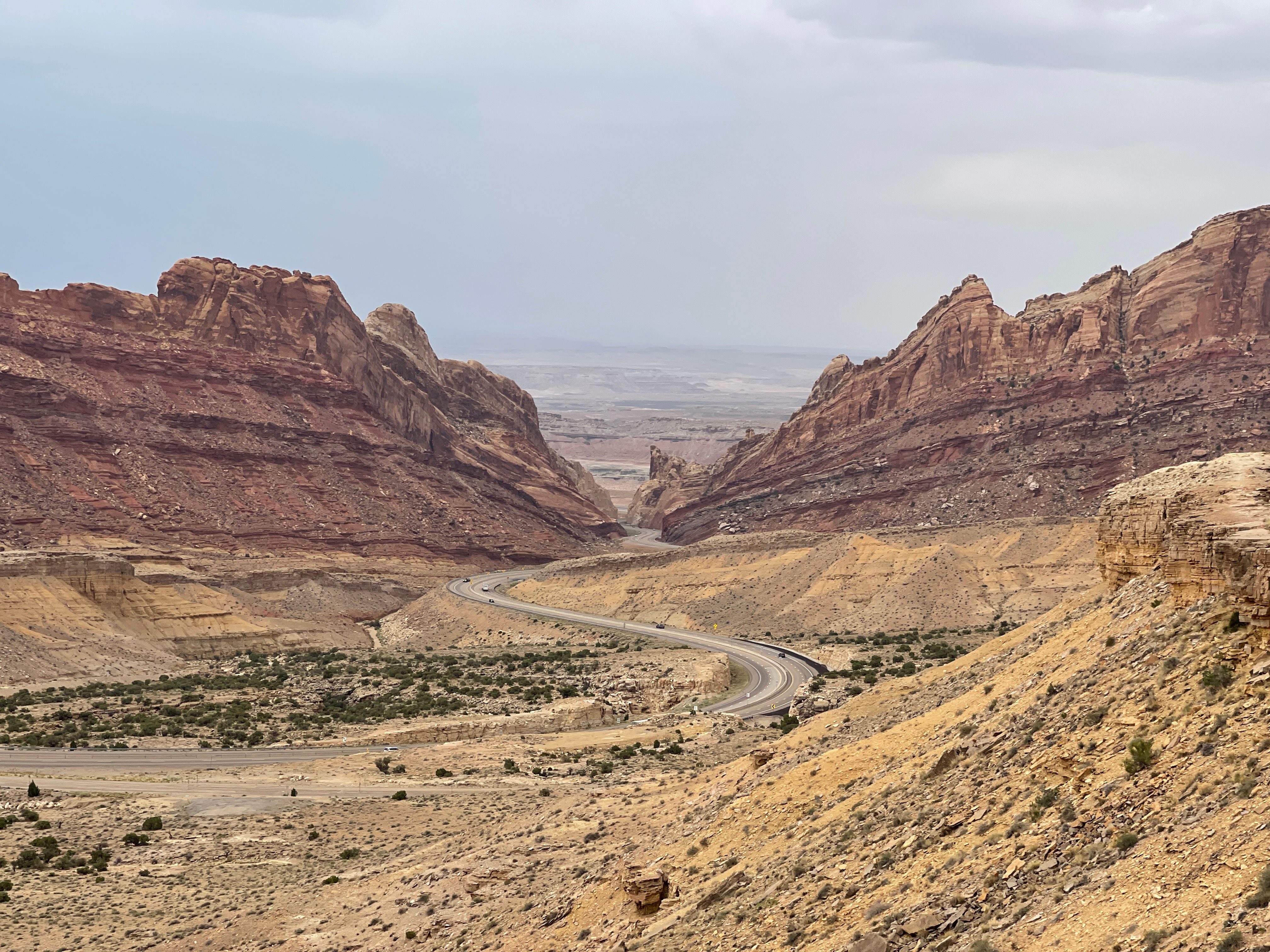